The Author Searches for her first cousin’s killer- True Crime that will touch your heart
Reviewed in the United States on March 12, 2021 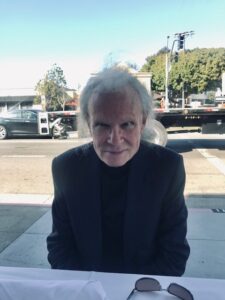 Armand Aisselle
One day the author of this book was having dinner with her family when some men claiming to be cops knocked on their door to tell everyone that her first cousin, a young woman she had grown up with, had been brutally murdered with rocks shoved down her throat. Thus began the author’s search for the killer. The police were content to let Donna Gentile’s murder remain unsolved – they even had her autopsy sealed and stood in the way of the sheriff’s department’s separate investigation – but the author of this book wouldn’t let Donna’s murder be written off as “no humans involved,” a label cops sometimes use when prostitutes are killed. She peels back the layers of corruption and exploitation that lie just beneath the surface of sunny San Diego, California: police trafficking young women among themselves, madams providing girls to wealthy bankers, and others who may have wanted Donna killed because she knew too much. Donna Gentile paid the ultimate price for trying to reveal the truth.
This is a first-rate thriller for all true crime and mystery buffs. It will certainly be made into a movie, but buy the book now
https://www.amazon.com/gp/customer-reviews/R2CGF7GTPV3YXC/ref=cm_cr_arp_d_rvw_ttl?ie=UTF8&ASIN=0982261632