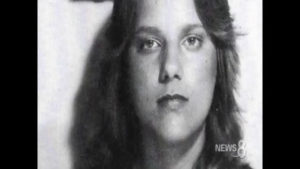 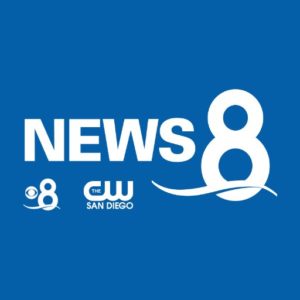 SAN DIEGO — She was a San Diego prostitute found murdered five weeks after she testified against San Diego police officers.  Three decades later, one of those officers has written a book with inside information about the case.

The book has renewed interest in the unsolved murder of Donna Gentile.

On June 23, 1985, a man walking his dog discovered the body of Gentile, age 22, along a dirt turnout off Sunrise Highway in the East County.

“She was nude. Her undergarments had been cut off, as well as her dress, and placed on top of her nude body,” said Streed.

“There was indication of what is known as a brush out, which means that the perpetrator had used brush from bushes and plant life around there to essentially obliterate any shoe impressions or tire impressions around the scene,” Streed recalled.

“The gravel wasn’t something that was just, basically, forced into her mouth. It was literally tapped down her throat. The cause of death was asphyxia. Even though her neck had been fractured at the second cervical vertebrae,” Streed said.

Gentile was a prostitute who worked El Cajon Boulevard during the early 1980s. She had frequent contact with San Diego police officers and several prostitution arrests.

Five weeks before her murder, she had testified at a San Diego Civil Service Commission hearing, where she spoke openly about her relationship with San Diego police officer Larry Avrech.

“He was over at my apartment a few times. I had sexual contact with him,” Gentile testified in May 1985.

Avrech was fired in the wake of that prostitution scandal. Now, 34 years later, he has written a book about the case, entitled Who Killed Donna Gentile? The Real Story

“She was on the payroll for the internal affairs division of the San Diego Police Department informing them of police officers. She was targeted. Is that the reason why she was murdered? I don’t know. But it certainly is a consideration,” he said.

Avrech declined to be interviewed for this report. He has denied having sex with Gentile and any involvement in her murder.

In a 1985 interview with CBS News 8, Avrech claimed the reason he was involved with Gentile was because he was conducting his own investigation of corruption in the San Diego Police Department.

In his book, Avrech points the finger at convicted murderer and serial rapist, Ronald Porter, as the man who killed Gentile. Porter remains in prison to this day.

Porter would pick up female hitchhikers on Interstate 8, choke them, rape them, and then abandon them near Buckman Springs Road, a few miles east of where Gentile’s body was found.

“I remember he was picking up hitchhikers, not prostitutes. Ladies who wanted to go east on I-8,” Dusek said.

“He’d work his way behind them and choke them out with his arm. A sleeper hold is what I called it,” Dusek said.

“They all woke up, survived the attacks. And they all were walking for help, including the murder victim; Donna Gentile, from what was reported, that didn’t happen,” he continued.

Gentile’s autopsy remains sealed but a search warrant associated with the case reveals key evidence. Semen and saliva were found on Gentile’s body.

Because she was a prostitute, however, that DNA may or may not have come from the killer.

The former prosecutor refused to speculate on who may have killed Gentile.

“Anybody might be the killer of Donna Gentile,” he said.

But Dusek does have something to say about Avrech’s book.

“If anyone’s ever charged with Donna’s murder, the first thing the defense is going to do is go read Avrech’s book, try to find him, see if he’ll testify in court, try to find the other police officers involved, and make it look like they’re the guys that did the murder,” Dusek said.

In an emailed statement to News 8, a Sheriff’s homicide lieutenant said the Gentile murder case is still active and ongoing.  As a result, the department cannot comment on the investigation.

Former prosecutor Jeff Dusek talks about Ronald Porter as a possible suspect in the murder of Donna Gentile.