A Message from Mariska 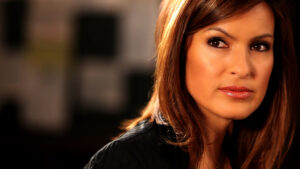 It all started for me when I began my work on Law & Order: Special Victims Unit. In my research for my role, I encountered statistics that shocked me:

I was also getting letters from viewers who were disclosing their stories of abuse to me. Normally, I’d get letters saying “Hi, can I please have an autographed picture”, but now it was different: “I’m fifteen and my dad has been raping me since I was eleven and I’ve never told anyone.”

I remember my breath going out of me when the first letter came, and I’ve gotten thousands like it since then.

That these individuals would reveal something so intensely personal—often for the very first time—to someone they knew only as a character on television demonstrated to me how desperate they were to be heard, believed, supported, and healed.

Although every survivor’s story is her own, some common themes stood out in what they shared.

The first was pain—I was struck again and again by the depth of the betrayal these women had suffered, by how they defined themselves by what they were enduring, and how devastating violence and abuse are.

The second theme was isolation. The word “alone” appeared again and again. Whether a survivor was writing from midtown Manhattan or from a ranch in Waimea—she felt alone. She could have no one around her or everyone around her—it didn’t matter—she was isolated in shame and in the fear of the consequences of speaking out.

And lastly, the letters spoke of courage. And actually, the letters themselves were incredible, awe-inspiring acts of courage. I was holding courage in my hands, because the act of reaching out for help—the act of breaking the silence that imprisons so many survivors— is deeply courageous.

I obviously had my role to play on television, but I felt a great responsibility to these brave women and men and wanted them to know that they had been heard and that they could have hope. I studied the subject, trained to become a crisis counselor and used my visibility as an actress to become an advocate. I knew I wanted to play a role in healing that pain, ending the isolation, and honoring the great courage survivors were showing by reaching out for help.

The result was the Joyful Heart Foundation.

I started the Joyful Heart Foundation in 2004 to help survivors of sexual assault heal their minds, bodies and spirits and reclaim their lives. The pursuit of justice can be an integral part of that healing. Even though the landscape around these issues has changed so dramatically—thanks both to years of advocacy and to many brave new voices—we all know that it takes courage for a society to turn towards these issues, to risk talking about them. I am proud to stand with survivors, advocates and members of the criminal justice community to send a powerful message to other survivors: ‘We hear you. You have suffered enough. Your healing—and pursuit of justice—are our priorities.’

I couldn’t be prouder of the staff and Board of Directors who are working to move Joyful Heart forward each and every day. All of us know that it takes courage to turn towards these issues, to risk talking about them. We know that talking isn’t always easy. So from me—from all of us—thank you for having the conversation.

When people are abused and assaulted, it is like the doors to their souls slam shut. The goal of Joyful Heart is to let the light, and the life, back in—to banish the darkness and let the healing begin.

ENDTHEBACKLOG, the cornerstone of the Joyful Heart Foundation’s Policy & Advocacy work, focuses on shining a light on the rape kit backlog in the United States. [Their] goal is to end this injustice by conducting groundbreaking research identifying the extent of the nation’s backlog and best practices for eliminating it, and advocating for comprehensive rape kit reform at all levels of our government.

The mission of the Joyful Heart Foundation is to heal, educate and empower survivors of sexual assault, domestic violence and child abuse, and to shed light into the darkness that surrounds these issues.

Pennsylvania Report: Backlogged [Rape] Kits Have Dropped By 97% : In 2019, Pennsylvania passed S.B. 399, requiring the state police to annually conduct an untested rape kit audit. The 2020 report, released in May, showed that since then, Pennsylvania state agencies have reduced the number of untested rape kits by 97%—with less than 100 still untested. We applaud this work, and also recognize the efforts being made to bring justice to the remaining survivors who are still waiting for their evidence kits to be sent to a lab.

Retreats from Oblivion-The Journal of NOIRCON by Matthew Sorrento »