Donna Marie Gentile, escaped from a juvenile detention home and traveled to San Diego to begin a new life. Donna, like many other innocent runaways, became a victim of sex trafficking. While in survivor mode  she was groomed, exploited and coerced into prostitution a path that took control of her life and ultimately led to her death at the age of twenty-two.  She befriended police officers thinking this would afford her some protection in her dangerous life on the streets. Instead she was harassed and victimized only to find herself manipulated, abused and betrayed  by the San Diego Police Department. In 1985 she testified against two SDPD officers, and three months later was found brutally murdered.

Purchase the digital versions on Amazon >>

Purchase the paperback on Amazon >> 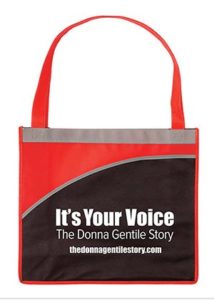 Purchase the paperback versions from this website and we’ll include a free gift bag.

*Bonus: Autographed copy with Spiritual Note from Donnas Family when purchased through our website!

When Donna Marie Gentile, escaped from a home for delinquent girls and made her way to San Diego she had big dreams. She worked in security for a while and even dreamed of joining the police department. But things didn’t work out as she planned. Donna, like many other innocent runaways, became a victim of sex trafficking. While in survivor mode she was groomed, exploited, and coerced into prostitution, a path that took control of her life and ultimately led to her death at the age of twenty-two. Donna Gentile allowed herself to be befriended by several police officers thinking that this would afford her some protection in her dangerous life on the streets. Instead she was harassed and ultimately victimized by some of the same police to whom she had turned for help. But Donna was a fighter. Rather than taking the abuse, which included sexual harassment, she reported it to the San Diego Police Department. She testified against two officers, one of whom lost his job on account of her testimony. Her life became further complicated when the Internal Affairs Division exploited and coerced her into becoming a police corruption informant .