What I love about this book is the author’s way of making all of the characters pop right out of the page. She makes you understand what makes them tick. The story is about the author’s young cousin who ran away from a long term detention center, went to San Diego, and became a prostitute. There she developed a complicated relationship with the police, and was manipulated into becoming a police informant. She was even called to testify at a Civil Service hearing involving a police offer, and was scheduled to appear at another hearing when she was found naked and dead in a remote part of San Diego County, with gravel stuffed down her throat – the traditional punishment for a “snitch.” Before she died she had left a tape recording with her attorney which began, “In case I disappear somewhere or am missing…” and suggesting that “someone in uniform with a badge” might be a criminal.
Her death is still unsolved, and the author has spent many years tracking down the many tangled leads. As I read “The Donna Gentile Story” I felt as if I were reading a first-rate mystery novel, with all the possible suspects and others involved presented as if they were standing right in front of me. But as the author writes on several occasions, “You decide!” She gives you all of the evidence, all of the twists and turns and blind alleys, and then challenges you to solve the mystery. I came to a conclusion, but the more I think about it, I may be wrong…

This book is a classic page-turner. No one will be able to put it down. It is also a highly insightful and perceptive look at prostitution and police corruption, and how they can be intertwined in tragic ways. A five star plus book, in my opinion 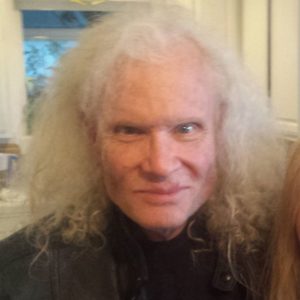