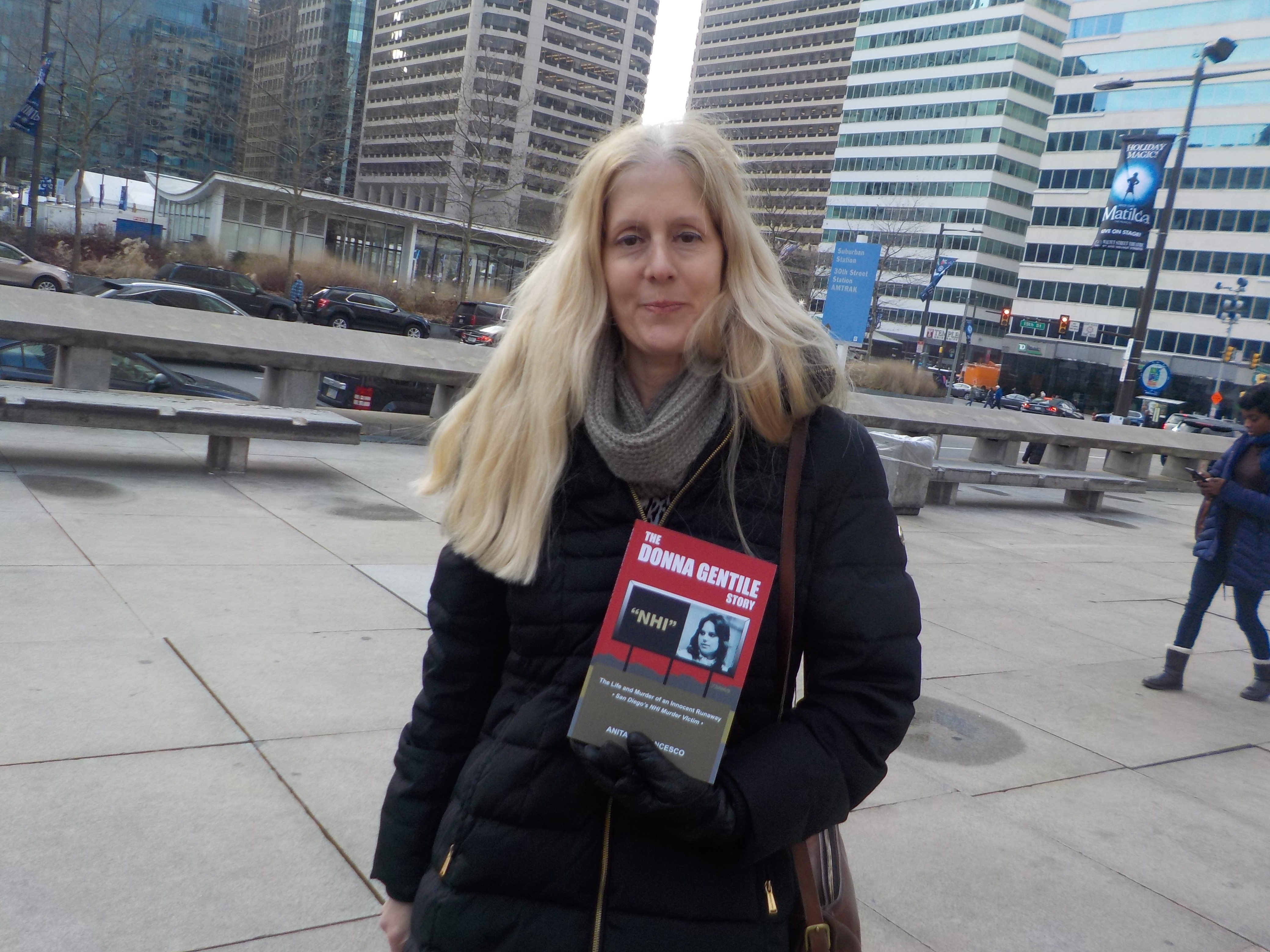 On December 17, 1821, Kentucky abolished its debtors’ prisons. On December 17, 1944, Major Gen. Henry C. Pratt issued Public Proclamation No. 21, declaring that, effective Jan. 2, 1945, Japanese-American “evacuees” from the West Coast could return to their homes.

December 17 is also a pivotal date for sex workers because on that date in 2003, Gary Ridgeway, known as the Green River Killer, confessed to killing 49 women, most of whom were sex workers. He was convicted that day. In response, former sex worker Annie Sprinkle and the Sex Workers Outreach Project’s (SWOP-USA) co-founder Robyn Few organized a memorial that was held that same day on the lawn of San Francisco City Hall where 60 to 80 people attended.

As a result, on every subsequent December 17, sex workers, their families, and friends gathered in cities throughout the world and in Philadelphia to honor their fallen brethren. They call this day, The International Day to End Violence Against Sex Workers.

This past December 17 in Philadelphia, two events were held: In the afternoon, about two dozen people gathered at the Thomas Paine Plaza to the west of City Hall, to create a safe space to cultivate community conversations. Then in the evening at the Philadelphia Mausoleum of Contemporary Art (PHILA MOCA) activities included reading the names of sex workers who were murdered this year. The 59 names that were read out loud also appeared on the International Day to End Violence Against Sex Workers Memorial Video- 2018-USA www.youtube.com/watch?v=R94zGYi874M

“We, as one global community renew our commitment to solidarity on December 17,” said Melanie Dante, former sex worker who was one of the organizers at the Philadelphia events this year. “December 17 Events aim to raise outrage at violence against sex workers and strengthen sex worker communities and responses to the systematic, daily violence and exclusion sex workers experience.”

One of the other Philadelphia event organizers, Anita DeFrancesco, SWOP Committee Person for Dec 17 events, added, “It’s to let sex workers know that their voices matter.”

DeFrancesco became passionate about helping sex workers after her cousin, Donna Gentile who worked in that field, was murdered in 1985 in San Diego, Calif.

“She was a runaway from Philadelphia,” said DeFrancesco. “She had an unstable upbringing. ”

DeFrancesco believed that the authorities treated the investigation of her murdered cousin as if her life did not matter because she was a prostitute.

Information can be found about this murder in DeFrancesco’s 2018 memoir, The Donna Gentile Story.

Carol Smail traveled from Pittsburgh to Philadelphia to seek justice for her daughter, Rickie Morgan (1980-2016).

“My daughter was a heroin addict and that caused her to be a sex worker,” said Smail. “On July 16, 2016, she was brutally murdered in Kensington. She had been hit in the head with a brick. She had her throat slashed. She was found naked laying on the sidewalk dead.”

She has been unable to cope. “I tried calling homicide to find out the detective assigned to my daughter’s case. I found out that the detective had retired. They wouldn’t give me any information because it was confidential … I was her mother!”

Smail and about a dozen people accompanied her to the Office of the Philadelphia District Attorney, Lawrence S. Krasner. She called from the lobby demanding to see him, but he was out. Instead, Courtney Knoedler, Assistant Supervisor of Victim Witness Services met with her. Although Knoedler promised that she would do all she could to help Smail, Smail left feeling less than completely reassured. She said that she would believe it after seeing results. Knoedler refused to talk to this writer because she did not receive authorization to speak with the media.

“I don’t want another mother to feel the pain that I have,” said Smail.

“I see a fair number of people who either are or who were sex workers,” said Eichel. “I think that most people would be surprised at the number of individuals who engage in sex work to finance college or graduate school. They come in and they have unbelievable histories of trauma. And most of the trauma that they’re reporting is not from childhood but from their line of work. Sex work is so underground that sex workers are treated like third class citizens.”

Eichel observed that the International Day to End Violence Against Sex Workers is essential because it gives people the opportunity to see that sex workers are not monsters, but people like everyone else.

Gabrielle Monroe, 38 of Pittsburgh has no shame about being a sex worker. She was a homeless teenager living in her car, but when she turned 18 and became a sex worker, she soon earned enough money to move into an apartment.

“I still do it because I want my children to have a better life than I had,” said Monroe.

Victoria McCormick, author of Victoria of Dallas and owner of Badass Cat Press got involved in the adult industry back in 2005 at age 34 to earn extra cash. She was not destitute. In fact, she was a real-estate broker, but decided to give the adult industry a try.

“I was leading a double life,” said McCormick who lives outside of Philadelphia. “I soon got addicted to the attention and the extra money.”

Sex workers and their families and friends can get help.