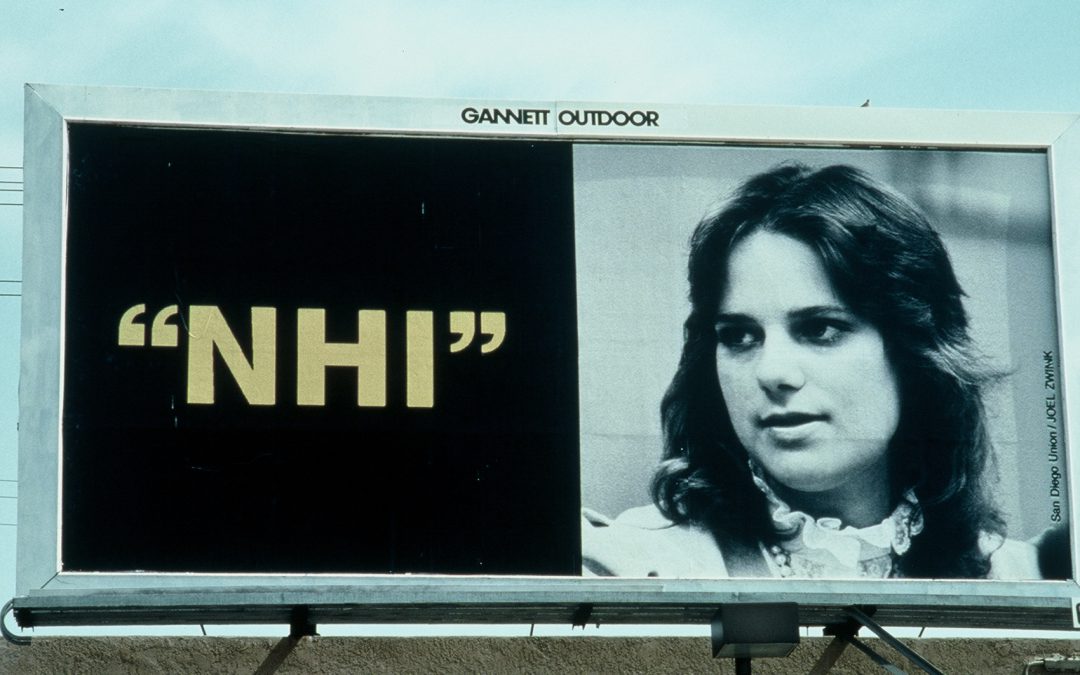 NHI is an acronym for “No Humans Involved”:  In the 1980s of America, police in LA used to refer to the murders of prostitutes, gang members, and drugs addicts (majority black and in poverty) as NHI, “No Humans Involved.” This attitude is still prevalent today.

The “NHI” — No Humans Involved — movement resulted from activists coming together to show the power of women and to expose the truth of how “marginal” people are treated. The project was unveiled on February 19, 1992, with two billboards that faced both the county administration center and the San Diego Police headquarters, bearing the picture of Donna and the logo “NHI.” The goal of the NHI project was to pay tribute to the murdered women, raise public awareness about the series of murders and the botched police investigation, and relate the local reaction to the crimes to larger social attitudes toward general violence. The purpose of NHI was to humanize the victims and demonstrate that violence against any woman is unacceptable.