What is powerful is that because, not despite, the conversational language the message is forcefully presented: In a city such as San Diego, those who are supposed to “…serve and protect…” can be far more sinister, even murderous, than many of the criminal element whom we are told are the real danger. This can happen anywhere. Los Angeles, Chicago, New York, or in a rural small town.

In this case a grisly, brutal murder took place. Most likely committed by a person or persons who are given power to “protect”. This description isn’t merely exaggeration for the sake of sensationalism. It’s tragically factual.

Ms. Gentile was struggling to stabilize and eventually better her life. She wound up caught between factions that left limited options and questionable choices.

Inevitably, that became a deadly combination.

I felt empathy with the characters, who are no more flawed than anyone might be. Ms. DeFrancesco’s presentation is straightforward, unpolished, even sensational. It is also moving, powerful, and truly unsettling in its narration of an operatic, tragic story. 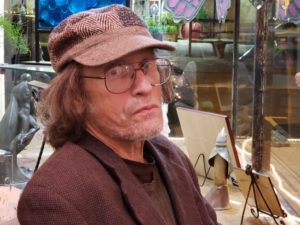