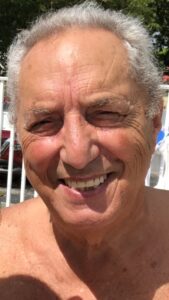 If ever there were a true life crime novel destined to become a made for TV movie, The Donna Gentile Story certainly qualifies.  The author is a two time award winning journalist that vividly details the incredible struggles for survival of  her own 1st cousin.

Donna was by all accounts an intelligent yet  desperate young woman seeking only love and acceptance who became entangled in a vicious web of lies, lust, power and ruthless self serving cops.  She managed to get by each day using the only tools she had. Survival depended on her street smarts and stunningly good looks. Limited financial options would lead her to dabbling in prostitution, then relationships with cops and finally SDPD Internal Affairs detectives, which eventually resulted in her still unsolved murder.  A sensless homicide involving several corrupt and desparate members of the San Diego, CA police force, some of which harbored a motive for murder. It’s the tangled story of a teen aged runaway leading to a 37 year old cold case murder mystery. Cold but not forgotten and still very much alive. By all accounts this appears to be a case that may still be resolved once the San Diego, PD is forced to release the actual forensic details contained in Donna Gentile’s jealously guarded autopsy report.  Why are they keeping a lid on that report?  What are they hiding?  Was Donna still alive when someone shoved gravel down her throat?  Unless that report sees the light of day we just don’t know.  Until then the circumstances surrounding her cousin’s tragic murder have been brilliantly laid open for the reader.  To this day the author seeks only truth from the authorities and justice for her brutally murdered cousin. After reviewing the facts the author asks only that, “You Decide”.