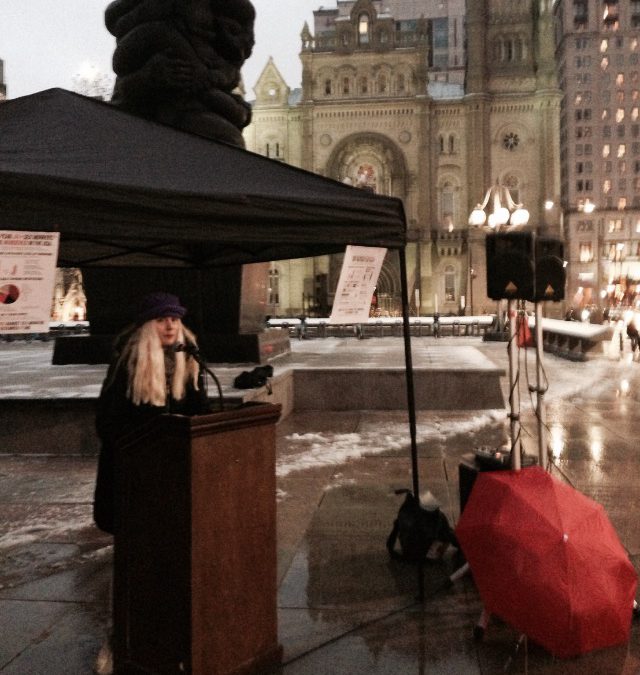 On behalf of this day Dec 17 Violence Against Sex Workers I want to shed light on the many women in this country and the world  that go without a voice. Without a voice to be heard, without a voice to see, without a voice to cry, without a voice to be understood, without a voice to be accepted,  and without a voice in the grave. I speak today on behalf of a dear first cousin of mine ( Donna Gentile) a native Philadelphian, a young prostitute  who was the first in the NHI project of women who went missing and was murdered in San Diego back in the 1980’s. Donna was murdered  because she wanted to stand up and have her voice heard in a court room to prove her innocence. But Donna never got that chance to finish her prosecution against the San Diego police who troubled her life.  Donna was a courageous and strong  girl who believed in life and she wanted her voice heard in many ways. Donna was faced with challenges from early on in her family life which led her to run to the streets because her voice wasn’t heard at home.  I today am a voice for Donna my cousin and all women who alive or dead want to be heard.  So for a moment I want you to hear me loud and clear and honor the voice of an empowered woman channeling for all of those women who went unheard.

Take a moment in silence now, place a hand on your heart

lets together  reflect on our own  voice

and how you can have that courage for the voiceless.